How and Where to Treat It

When a person suspects something is wrong with their own being, or suspects that a friend or loved one may be suffering from PTSD, the best thing to do is encourage that person to find help. Life happens, and it is nothing to be ashamed of. The truly tragic thing is not receiving help and support that is readily available. Treatment for PTSD works. An estimate eight percent of Americans may experience PTSD at some juncture in their lives. Women are twice as likely as men, and children make up a smaller percentage of those suffering from the disorder.

Post-Traumatic Stress Disorder’s definition is simple. Post-traumatic stress disorder is the concrete manifestation of adverse symptoms that are caused by exposure to severe events that create scars and open wounds within the human mind and spirit. What is difficult is to cure the disorder and its extensive diagnosis. For example, It has been a decade and a half since 9/11 and the trauma has somehow kept its effective force. Individuals suffering from Post-Traumatic Stress Disorders experience symptoms such as: 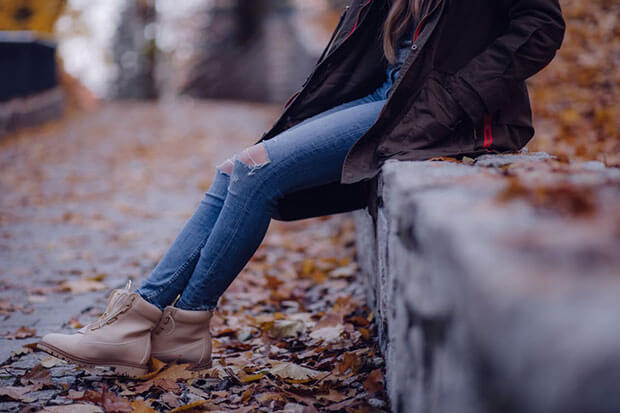 Finding a suitable treatment center can prove to be a real challenge for those who suffer from panic disorders. Most of the treatment centers available in California are all-inclusive and use general techniques such as therapy with other patients, private counseling, and a relaxed atmosphere to help individuals manage their panic attacks. Alternative treatment centers base their aid on medicine. These places study the patient in depth until they find an adequate medication for that particular patient with a marginal amount of unwanted side effects.

Some of the key elements to look for in a panic disorder treatment center are the comfort and the hazard-free environment that are provided. Ensuring these are included, patients are more prone to remain worry-free about running into triggers that they would normally be exposed to in everyday life.

The good news for those suffering from PTSD is that treatments are available and highly effective. Eye Movement Desensitization and Reprocessing (EMDR) has proven to be effective, and even therapies such as equine and cognitive behavioral therapies have shown great promise for patients. Patients discover coping tips they can leverage for life. Treatment centers that offer therapeutic solutions employ only the highest standards. Staff members are completely qualified and certified in their respective fields.

Mental health proves to be of key importance to any human being and taking control of it at the proper place is of ultimate importance.

Science offers treatments comprised of therapies and medications, while psychotherapy and support groups are also available for patients at treatments centers. When dealing with PTSD, it is crucial to understand that the enemy to defeat belongs to another time: the past.

Accordingly, one of the most important treatments to mention are therapies that aid in understanding the origin of the trauma. Alternative therapies combat PTSD gradually with the use of antidepressants and drugs such as serotonin. Treatment centers provide support groups where patients can share their stories individually and build affections, desires to live, self-esteem, work and social rehabilitation, and reconciliation with life and happiness. Depending on the trauma and its severities, there are treatments for post-traumatic stress disorder lasting three to six months, while others can last several years. Finding the right treatment and remedy for PTSD is fundamental given that the whole world is vulnerable

Post-traumatic Stress Disorder is a disorder that can develop when a person experiences an event that is life-threatening or appears to threaten their safety. Soldiers are the people most often associated with PTSD. However, many civilians have experienced similar traumatic experiences, such as rape or a violent act against them. PTSD occurs when an event completely overwhelms an individual, and the emotions and feelings associated with its memory are deeply hurtful and upsetting. When this feeling comes on, sufferers are tempted to take flight, freeze, or go directly into fight mode.

Example of events that can trigger PTSD include: war, plane and car crashes, terrorist attacks, the sudden death of someone close, kidnapping, rape, violent assault, and even childhood neglect. PTSD is most common in the days, weeks, and months after a traumatic event occurs. However, it can sometimes take years to surface. Such is the case with many soldiers returning home from war, or people who have buried a trauma only to have it resurface after years.

Adults are not the only victims of PTSD. Children suffering from the disorder may exhibit signs of fear when separated from a parent. They may also experience nightmares and problems sleeping. Some children display a type of play that is compulsive, even somber. New fears may creep into their life, such as a fear of monsters.

On the morning of September 11, 2001, New York City awakened to a devastating tragedy. The twin towers stood on the beautiful New York scenery, its citizens unknowing that within a matter of minutes, they would be nothing more than a memory. The story is known, along with the dead, the numbers, and the causes. Acceptance is extensive about how the world and its history were left shocked, and time itself was left divided into a before and after the tragedy. It is undeniable that the generation of people who lived through that devastating event and those who witnessed the horror on national television were, in one way or another, left traumatized in varying degrees. Ever since that day, the United States has been a different place because of the ensuing trauma.15 years later, in 2016 the United States still remembers the events that has happened. Students entering freshman year of highschool will be learning and acquiring the knowledge about heroism and terrorism.