The Causes of Ecstasy Addiction

How to successfully recover with an ecstasy detox. Effective treatment for ecstasy addiction. Ecstasy is known as a fun, party-type drug that causes users to feel euphoric and experience out-of-body type feelings; however, what most people do not know is that the prolonged use of ecstasy can lead to addiction, as well as detrimental effects on both mental and physical health. Ecstasy addiction can and should be treated at an ecstasy rehab that offers multiple treatment options. The ecstasy rehab locations teach patients how to successfully recover with an ecstasy detox, therapeutic modalities and proper aftercare programs.

An ecstasy detox is the first step on the road to recovery; it is the safe removal of all toxic substances from the body. During the ecstasy detox, medical professionals will monitor the patient and the treatment. The ecstasy detox will last anywhere from 5-7 days to a couple of weeks; everything depends on the severity of the ecstasy addiction. Patients will experience symptoms of withdrawal.

Once a person is fully immersed in the deceiving web of ecstasy, escaping the web and dealing with the harsh symptoms alone can prove to be arduously tough. It is largely due to this, alongside a logical concern to a user’s own life, that it is widely endorsed to seek professional help in a proper treatment center. Effectively treating ecstasy addiction and obliging to the responsibilities that treatment centers invoke is by no means simple, but it is one of the safest methods back towards a healthy and joyful lifestyle.

Given that ecstasy is still considered a modern drug, there is not a wide range of particular treatment options. However, there are other factors that contribute to the understanding of the drug, which have influenced an array of ideas to target ecstasy addiction. These factors include the knowledge that withdrawal symptoms are generated by a shortage of neurotransmitters such as serotonin. Using this knowledge, medical professionals often use Selective Serotonin Reuptake Inhibitors or SSRIs as a means of relieving the symptoms that are typical with ecstasy withdrawal. 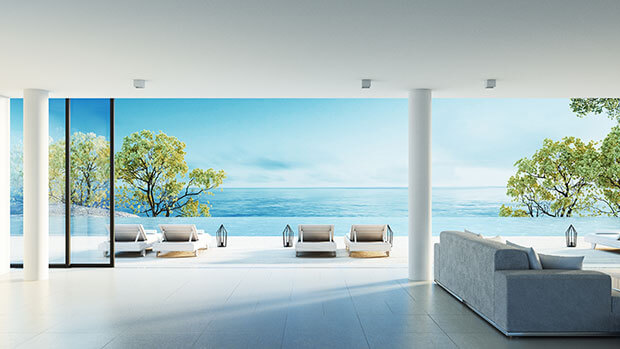 Treatment is typically established upon an individual’s personal dynamics: their age, the seriousness of their abuse to ecstasy, and any other ongoing illnesses or disorders. As established before, because there is no particular or specific way to treat ecstasy addiction, it becomes incredibly important to understand the individual situation of a patient.

Ecstasy treatment must begin with a thorough assessment of the patient’s mental well-being. In order to successfully treat ecstasy addiction, medical professionals must determine what state of mind each patient is in, as well as if they have any underlying conditions that may be contributing to their addictive personalities. Extensive mental assessments will help the ecstasy rehab clinicians craft a highly individualized program ecstasy treatment program that will meet each patient’s unique and specific needs.

The most effective treatment for ecstasy includes a combination of traditional and experiential therapies. Traditional therapies are designed for patients to learn how to replace their negative behaviors with positive coping mechanisms. The experiential therapies offered during ecstasy treatment allow patients to connect to their inner psyche in order to recognize those negative behaviors. Every therapy provided at ecstasy rehab centers teach patients the tools to live their lives free from the dependence of stimuli.

One of the best therapies to participate in during ecstasy treatment is cognitive behavioral therapy. A therapy used to discover unhealthy arrays of thinking in a person capable of generating behaviors and beliefs of self-destruction and harm. This therapy teaches patients the skills necessary to positively cope with the everyday stresses of life. Most people turn to ecstasy or other substances to numb certain feelings they are dealing with. The cognitive behavioral therapy teaches patients how to change their feelings naturally in order to live without the fear of a relapse.

Other therapies include outpatient therapy and relapse prevention therapy. Outpatient Therapy implemented outside of a hospital or treatment center. Therapies range from psychological to physical therapies. Relapse Prevention Therapy (RPT) is a therapy that focuses on techniques designed to give the patient self-control as a means of abstaining from relapse.

An experiential therapy that has been found to be very effective for the treatment of ecstasy is yoga and meditation. When patients are able to focus and breathe, they learn to calm themselves down naturally. In addition to a calming effect, yoga and meditation allow patients to connect to their inner psyche and pinpoint certain triggers that may contribute to their addictive personalities.

After defining a therapy that works best for an individual’s unique situation it is recommended that a patient engages in addiction support groups that keeps them further away from relapse. Given that relapse rates are very high, it is also recommended that patients change into a healthier lifestyle. Because access to ecstasy and other drugs is facilitated in nightclubs and nocturnal life, ongoing attendance to parties and nightlife activities is not recommended as it can drastically increase the chance of relapse. According to the National Institute of Drug Abuse, ecstasy addiction relapse rates are 40-60 percent.

What most people do not know is that addiction may not be caused simply because of the prolonged use of the substance, it can also be caused by family history and other aspects of life which is why therapies are a great way for people to successfully recover from ecstasy addiction.

The Road to Recovery through Ecstasy Detox

Ecstasy is a word utilized when describing an overpowering feeling of delight and joy throughout the body. As simple as it may seem, the word ecstasy is also used as the canonical label given to a probing, yet strong drug. When ingested, ecstasy generates a satisfying feeling that pushes many individuals, perhaps inadvertently, into pursuing the drug indefinitely. What many people disregard, however, is the fact that after inhering the drug constantly, it can turn into an addiction that will require proper detoxification from adequate treatment centers.

Despite having plenty of “street” names, ecstasy is commonly referred to as MDMA, which is an abbreviation of the main ingredient methylenedioxy-methamphetamine. Abusing the consumption of the drug can lead to potential hazards in health ranging from cardiovascular issues, psychological disorders, to temperament alterations. Luckily, when consumers reach the point of addiction, they should be aware that there are existing options of detoxing from ecstasy through medically professional staff and rehab centers.

Ecstasy wears off in about 3 to 6 hours. When the effects of ecstasy wear off, users will feel confused and often have trouble distinguishing reality from fantasy. When an ecstasy consumer attempts to withdraw from ecstasy, they run the risk of suffering from uncomfortable symptoms. Typical ecstasy withdrawal symptoms comprise of:

Considering that ecstasy is a drug generally consumed together with different drugs, the symptoms vary widely from person to person. It is advised that a user seeks a professional medical facility when experiencing the initial symptoms so these can be properly observed. One of the key aspects of detox through the supervision of medical professionals is to make the progression as smooth as possible to largely reduce the possibility of immediate relapse.

During proper supervision during the withdrawal stage, any tolerance that an ecstasy consumer might have acquired lessens and therefore unleashes a risky scenario: if they ingest the drug again in the same fashion they used to, there is a high probability of overdosing which could inevitably cause death.

Patients must complete programs for the treatment of ecstasy in order to successfully recover from ecstasy addiction. The ecstasy detox, while highly effective, only cleanses the body; it does not cleanse the mind and teach patients the tools to manage their sobriety outside of an ecstasy rehab facility. To be able to recover 100 percent, patients must follow their ecstasy detox with therapeutic modalities which are the most effective tools offered at ecstasy rehab.

Many people tend to believe that ecstasy does not turn out to be addictive or a drug that someone can become dependent on. Despite these popular beliefs, research by the National Institute of Drug Abuse shows that people are, in fact, capable of becoming addicted to ecstasy.

One of the reasons why ecstasy is so addictive is that the drug goes after the same areas of the brain that different addictive drugs go after. Moreover, throughout experiments, it’s been shown that animals have a natural tendency to choose ecstasy over other satisfying drugs, which adds to the weight of labeling ecstasy a highly addictive drug.

The effects of ecstasy are simple. After ingesting the drug, a person will begin to feel mental stimulus alongside a wave of a joyful, anxiety-free sense. Nonetheless, despite the stimulation that most users have testified, a minority of people claim that the immediate feelings provoked by ecstasy are negative and include tension and distress.

Once ingested, ecstasy has no trouble engaging with the host’s body, and the negative effects begin to occur. MDMA finds its way fast into the blood stream of a person and once it does, it impedes the body from effectively breaking down not only ecstasy, but also other drugs. It simply prevents proper digestion. Consequently, if the drug is continued to be ingested, blood levels are likely to summit and cause an array of unwanted toxic consequences. Individuals who are frequent users are capable of becoming tolerant to MDMA. When this happens, the quantity of ecstasy needed to be ingested in order to provoke the same amount of stimuli as before is gradually higher. Accordingly, developing tolerance to MDMA and then attempting to withdraw from it can cause cognitive and physical troubles.

The Causes of Ecstasy Addiction

Ecstasy addiction is primarily caused by the prolonged use of it. The chemicals in ecstasy interrupt the brain’s natural production of certain mood-boosting receptors. The brain produces receptors and when a substance, that also produces those receptors, is introduced to the body, the brain begins to slowly decrease its natural production. Eventually, the brain and body will become so used to the substance causing the feeling that the brain will completely stop producing the receptors and the body will rely solely on the substance to create the receptors.

Additionally, overtime, the body will become used to the initial effects of the substance that it will need more and at a more frequent rate in order to feel some sort of effect. When the body becomes tolerant to the substance, the chances of an accidental overdose are significantly increased.