Living in a familiar environment with a hearty collection of triggers could disrupt your efforts in treatment and early recovery. Many people choose to remove themselves from their environment and travel to a treatment center away from home. Choosing a treatment location can be fun and exciting, if not overwhelming.

New York was one of the original 13 colonies and is currently made up of five boroughs or districts. It’s rich in history and has some of the world’s most visited tourist attractions, including the Statue of Liberty and Niagara Falls. It’s no stranger to hardship and has a chronicle of resilience.

See why these cities are among the most popular locations for drug & alcohol treatment in New York.

Buffalo is a stable place to focus on treatment and recovery primarily because of its seasonal weather and beautiful surroundings. The breath-taking architecture and wide expanse of green parks makes a captivating backdrop for a new lease on life.

The unique city of Buffalo is known for its delicious food: restaurant gems are everywhere and plenty of food trucks are always on hand to offer an assortment of faire. A rich cultural diversity has paved the way for a variety of cuisine from all over the world. 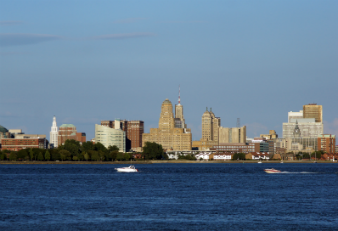 Once you’re out of substance abuse treatment in Buffalo, get some physical activity by climbing the silo-turned-rock-wall at Silo City Rocks. Go to a museum or try a new dessert. Buffalo has a variety of treatment centers, and a community rich in activity that encourages a sober lifestyle.

A whopping 91% of New York City residents believe the prescription drug abuse problem is getting bigger and that detox, treatment, and recovery are the best ways for those struggling with addiction to stop the vicious cycle. With over 2,000 addiction treatment facilities within the New York city limits, it’s fair to say there’s no joking around.

Known as the financial and cultural center of the world, it’s no surprise that New York City receives 60 million visitors every year. Historic row houses and over 50 skyscrapers are what New Yorkers regularly get to feast their eyes on. 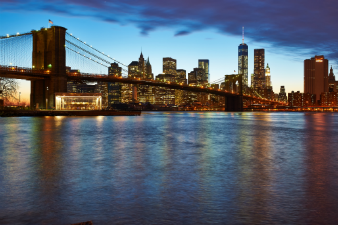 Broadway shows, concerts, sporting events and excellent comedy shows are just some of the things to do along with activities in Central Park and Times Square.

If you’re looking for a change of pace while in recovery, New York City has you covered. The public transportation system makes getting around pretty convenient and the city never goes to sleep.

Rochester claims the hearts of its residents. If they grow up in a Rochester neighborhood and move away, they very often end up moving back to stay. Museums, amusement parks, and zoos are plentiful in this metropolitan area.

Forbes named Rochester, NY the third best place in the country to raise a family. As a new Rochesterian, you’ll instantly learn that although it’s a big city, the people are warm, welcoming, and friendly.

For a person in early recovery, it takes time to learn how to function in groups again, or socialize comfortably with friends, co-workers, and acquaintances. 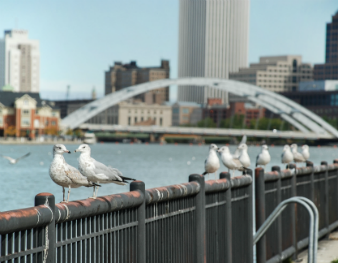 The natural fiber is tailor-made for people seeking addiction recovery in Rochester to practice their growth in social situations. The many diverse rehab centers in Rochester offer a selection of methods and ideologies to help you on the path of sobriety.

The nerve center of Syracuse is the Syracuse University and downtown Syracuse. Between the two, there are great restaurants and parks. Housing is generally affordable, and it has a small-town feel.

If you like snow, Syracuse is the place for you. It snows during the majority of the year but doesn’t take away from the city’s theatres, sports games and great shopping at the impressive Carousel Mall.

Syracuse has worked directly with the Center for Disease Control and Prevention to come up with effective ways to address the rising concern of substance abuse. Support is here, in Syracuse, NY for drug & alcohol recovery. 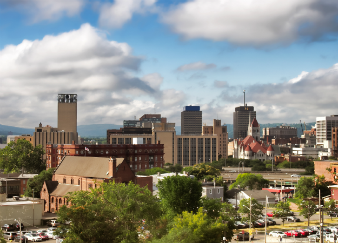 Albany, the capital of New York, is a great place for anyone recovering from active addiction because outdoor activities are abundant. The hiking is beautiful, there’s fantastic running space and a vibrant triathlon community.

If you’d like to continue your education, excellent schools await you as well. Whatever direction you take after treatment, Albany has what you need. 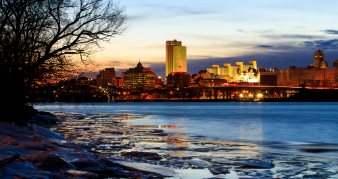 Over 60 parks offer themselves to visitors to enjoy the four distinct seasons Albany experiences, from snowy winters to warm summers. If culture is more your style, you won’t be disappointed by Albany’s selection of festivals and museums. As a city of immigrants since its beginning, there’s something here for everyone including people at recovery centers for addiction in Albany New York.

Brooklyn makes many an appearance in movies, television shows, and music. Lena Dunham and Beastie Boys might be on to something, here — Brooklyn offers something for everybody but still maintains the feel of community amongst its inhabitants.

Brooklynites spend a lot of their free time on rooftops, taking in the tremendous city views. 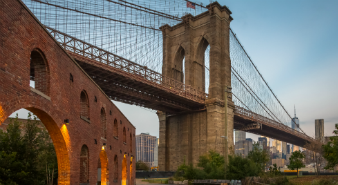 There is an endless amount of shopping at quaint boutiques for quiet time, or maybe a Yankee game would be more your style. Prospect Park is a wonder, as its own (not so) little Central Park. Whatever your idea of an ideal environment for addiction treatment in New York, Brooklyn has it.

Brooklyn has inspired hundreds of well-known actors, comics, and musicians to achieve their dreams. This could be the energy you need to achieve your goals for a successful life in recovery for a long time to come.

The Bronx has a reputation for its tough neighborhoods and we all know where “Jenny from the Block” grew up. But The Bronx has so much more to offer than street cred and pop stars. It’s full of culture, parks, and even has its own beaches. 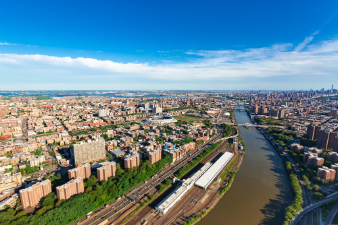 The Bronx has its share of substance abuse concerns, and it answers those concerns with over 150 diverse treatment centers for those in need of healing and recovery. Indulge in the warm summers and snowy winters of The Bronx, NY for the treatment of drug and alcohol addiction.

Staten Island is as far south as you can get and still be in New York. It is the least populated borough in the area but the third largest in square miles. Hurricane Sandy hit it pretty hard in 2012, but no hurricane can keep this island down.

Housing in the form of luxurious waterfront apartments, shopping, restaurants, and new forms of entertainment has compelled the name change from Staten Island to Staten Island Renaissance. 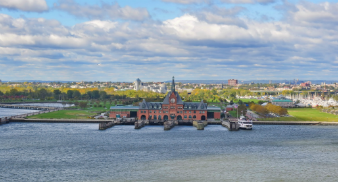 The spirit of falling down and getting back up will not be wasted on the recovering substance abuser. Getting treatment for addiction in Staten Island, NY is ideal. With the Statue of Liberty, Ellis Island, and the world’s biggest Ferris wheel, reminders are everywhere that persistence and dedication to your goals of sobriety are within your reach.

This little city and township are located halfway between the state’s capital of Albany and New York City, right on the Hudson River. Poughkeepsi is known for the Walkway Over the Hudson. The walkway has spectacular views of the Hudson River and the Catskills Mountains. Franklin D. Roosevelt once called Poughkeepsi his home and its residents are proud of its history. His Poughkeepsi residence is now a National Historic site that visitors can tour along with a library and museum. This calm and quiet town is home to over 10,000 families. 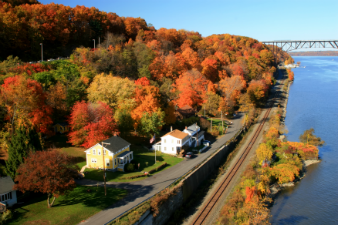 If you’re looking for a quaint place with culture and peaceful surroundings, Poughkeepsi may be for you. With dozens of addiction treatment facilities in Poughkeepsi, NY for you to choose from with proven methods tailored to each healing individual.

An ice rink, a recreational park, and farmers markets are conveniently located within the city making it easy to begin applying what you’re learning in your drug and alcohol rehab in White Plains, NY.

Home to about one million people, White Plains is the economic center of its county. The two Ritz Carlton buildings are the tallest at almost 500 feet each. 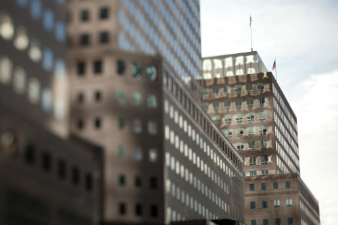 The White Plains government has been striving for a charismatic city while maintaining the feel of a tight-knit community. Crime rates are lower than the national average and public transportation is efficient. The ambience of the city is perfect to encourage the healing of a person in recovery.