A frightening new trend is emerging where fentanyl, an addictive synthetic painkiller compound, is being laced into cocaine and distributed across the country producing, in some cases, fatal results.

Federal and state authorities have issued warnings to the users of the illegal drug that if it has been laced with fentanyl, the potent painkiller can cause fatal results for its users. It’s been a long standing practice among drug dealers to lace heroin with fentanyl because of its ability to increases the potency of their supply and makes the user more additive than heroin would alone. This would increase business and by stretching the supply and increasing the likelihood of the user returning for more.

According to the federal government, fentanyl is 50 to 100 times for powerful than morphine and is typically used to treat patients with severe pains post-surgery. When opioid prescriptions fail to work for some patients they may also be prescribed fentanyl to help manage chronic pain.

However, when added to cocaine, fentanyl can lead to fatal cardiac events after just one use due to its powerful and overwhelming properties.

Any drug laced with fentanyl, not just cocaine, increases the likelihood of a fatal overdose. Albiet fentanyl can cause the user to stop breathing altogether, the medication naloxone, has been proven to reverse the life threatening overdose effects of a fentanyl overdose. 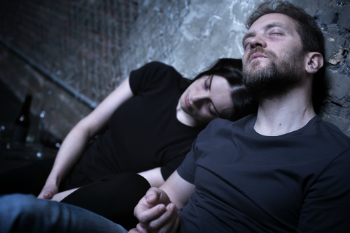 However, naloxone requires early administration in order to have any chance at preventing a fatal overdose. Addicts require drug rehab within a comprehensive treatment program because the next time an overdose occurs, they might find themselves alone and unable to receive life-saving support.

One of the main challenges is that the fentanyl market is largely unregulated globally and comes cheap for drug dealers looking to expand supply and get their users more hooked.

According to published reports, the average drug dealer can order a kilogram of fentanyl from China for as little as $2,000. When laced with cocaine, it will produce a long-lasting and socially damaging effect on a population already facing an opioid drug epidemic. Officials are concerned that users will seek out fentanyl-laced cocaine to meet the needs of their spiraling opioid addiction and to “spike” their drugs. 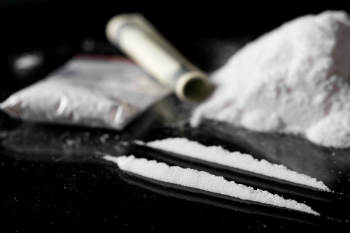 In addition, officials are worried about the reputation that cocaine has as a party drug as well, especially in New York City with its massive nightlife scene. It’s possible that through this culture, users who wouldn’t normally seek out an addictive drug like fentanyl are going to have it pushed up on them through laced cocaine.

A startling statistic provided by the New York City Department of Health found that fentanyl laced cocaine was prevalent in 37 percent of cocaine-related overdoses in 2016. This is an 11 percent increase from 2015. In a preventive measure, city officials have been warning health providers to make patients aware of the risks associated with using cocaine use and its greater risk of the drug being laced with the powerful agent, fentanyl.

Government officials announced plans to treat drug addiction in New York through a program called Healing NYC, an aggressive initiative to combat opioid overdose deaths by 35 percent withing the next five years. New York City plans to invest $38 million annually to increase naloxone availability and expand the presence of community-based trainings. They also plan to expand access to addiction treatment options in New York. Those addicted to cocaine can benefit from a substance abuse program such as this since fentanyl can have the same addictive properties as most opioids.

Death of a Doctor in Georgia from Fentanyl Laced Cocaine

Evidence continues to surface that fentanyl laced cocaine is a growing epidemic among casual cocaine users. Recently in Brookhaven, Georgia a doctor and his close friend died of cocaine overdoses that were also later found to have been laced with fentanyl.

The pair died hours apart after abusing the substance together. It’s so powerful that Georgian authorities say it can kill you even if you touch it. This was the first such reported case of the deadly combination in Brookhaven which alerted police to the potential that fentanyl laced cocaine has infiltrated the city and region. The dangers of substance abuse in Georgia has now reached a startling level. 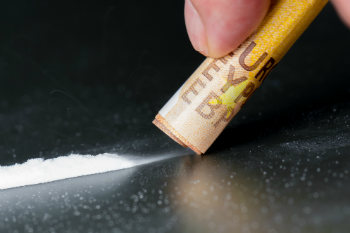 It sent a shocking message that the problem might be here to stay which led city officials to order police training in the proper handling of fentanyl should they come across any during a crime scene, a routine traffic stop or other hands-on scenarios.

Nationwide statistics speak to this silent but growing epidemic. In 2016, fentanyl related deaths surpassed those related to heroin use making it the deadliest substance in the United States. Synthetic opioids, which also include fentanyl claimed the lives of more than 20,000 people in this country. That number is more than double the 9,945 reported death in 2015. According to the Centers for Disease control and Prevention (CDC), cocaine specific overdoses can account for 6,700 of those 2015 deaths. They estimate that number can surpass 11,000 by the end of 2017. An alarming figure for those who casually sued cocaine and other opioid substances.

Prevention is the best method to curb addiction. Across the country government officials are responding to drug addiction issues that are beginning to plague our nation. For those who are addicted, treatment options are available to help you in times of need and overcome the downfalls of cocaine use.

Shortly after Georgia declared their first case of fentanyl related overdoses, the Tennessee Bureau of Investigation also reported their first publicly known case of the powerful drug. Several samples of cocaine laced with fentanyl were confiscated.

The presence of this powerful narcotic shocked law enforcement officials and added that it changes the entire game of drug enforcement. The drug addiction epidemic in Tennessee is already spiraling out of control and now that drug dealers are cutting fentanyl into cocaine, a widely used party drug, it has officials worried nationwide. 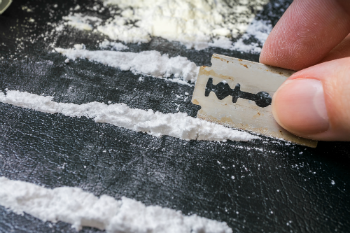 In Tennessee alone, investigators reported that overdose deaths have climbed 12 percent in 2016. It’s not known if any of those overdoses were fentanyl related but, it is a strong indicator that there is a drug overdose problem prevalent in the state. These numbers prove that no state is immune to the opioid drug epidemic.

Cocaine users who feel they have a substance abuse problem face an uphill challenge to get better, but with the right counseling and treatment recovery is possible. Cocaine rehabilitation centers offer help to those looking to cure their addiction. Cocaine is a powerful stimulant that produces extreme feelings of euphoria. However, when it’s laced with fentanyl, it has the ability to be deadly.

Those with heart problems are already at risk of overdose from standard cocaine use, but those who use it laced with fentanyl are at an even greater risk than others. Addiction recovery options rolled out by many states throughout the country recently will support patients with therapies proven to help overcome addiction. According to the latest government provided statistics, it’s estimated that 1 million Americans or more can be addicted to cocaine, making the presence of fentanyl a dangerous additive.

In total, 19 people died in January 2016 alone after overdoses on cocaine or heroin laced with fentanyl. Officials, much like those in Georgia, warned its constituents that the powerful narcotic is easily absorbed through the skin, making it deadly to the touch for some and even higher risk of fatality among those who sniff or inject it. 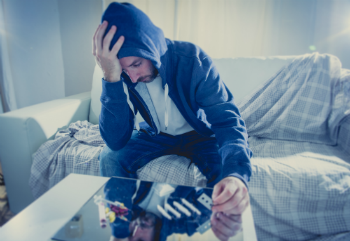 The Midwest drug supply, officials warned the public, may be laced with fentanyl to create more addicts which will help keep them in business. The goal for a drug dealer is to create an addict. Addicts in Ohio needing treatment if they should ever choose to stop using.

In 2016, cocaine was responsible for an unusually high number of deaths, making law enforcement officials wonder what was responsible for the spike. Through the first nine months of 2016, 46 people died from an overdose of cocaine laced with fentanyl. In addition another 136 people died from overdoses involving cocaine laced with heroin, fentanyl or other opioids, according to the county medical examiner’s office.

In the last six months of 2016, The Drug Enforcement Agency of Ohio confiscated more than 350 pounds of cocaine, four times more than previous averages over the six month periods. Government officials in Ohio recognize that drugs are becoming a problem that is getting more difficult to seize control of every day. Education is key to prevention, treatment and an eventual cure for addiction, state officials say. But it’s important to note that many users of cocaine and fentanyl laced drugs were first addicted to prescription pain killers.

Hazmat teams recently rushed to the home of two men who died from a fentanyl-related cocaine overdose in Massachusetts. Cocaine-laced fentanyl has been making its way around Boston, leading people to become more addicted to the substance and in a growing number of cases, users are losing their lives. Drug treatment centers in Massachusetts are seeing higher numbers of in-takes every year.

As the problem expands, federal officials from the Drug Enforcement Administration issued warning and protocols for law enforcement officials in the proper handling of fentanyl laced drugs such as cocaine. 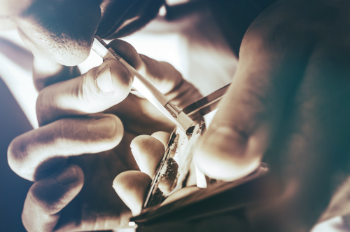 According to DEA just a few sprinkles of the deadly drug can cause an individual to be hospitalized. It’s that powerful and people need to be warned which is why in the Boston case, hazmat teams were brought in to confiscate the evidence and comb the property for clues in the deaths.

Recent fentanyl abuse, according to the DEA began in 2013 when, along with the help of a number of law enforcement partners, the federal agency began noticing an alarming number of drug overdose incidents related to opioids. These cases were the result of a number of different opioids, such as counterfeit pharmaceutical products containing fentanyl, fentanyl‐related drugs and other synthetic opioids. But the spike in cocaine related deaths have made these numbers rise drastically in the past year. It presents a grave danger for the general public as well as law enforcement officials who act as first responders during potential drug overdoses.

Fentanyl abuse goes back even further. Invented in 1959 by a Belgian scientist, DEA discovered in the 1990’s, what is believed to be one of the first instance of domestically produced Fentanyl in the United States. In 1991 a type of street heroin called “Tango and Cash” surfaced and was found to contain approximately fentanyl, linking it to an estimated 126 overdose deaths. Investigators were able to trace this to Wichita, Kansas where they seized two laboratories and nearly 40 pounds of fentanyl.

Treatment for Cocaine and other opioids addictions is made possible with the right mix of therapy, physical and emotion support services. Those with an addiction can heal. Treatment is within the reach of the many cocaine and drug users around this country. With the help of federal, state and local authorities we can eliminate the opioid and drug epidemic plaguing the United States.